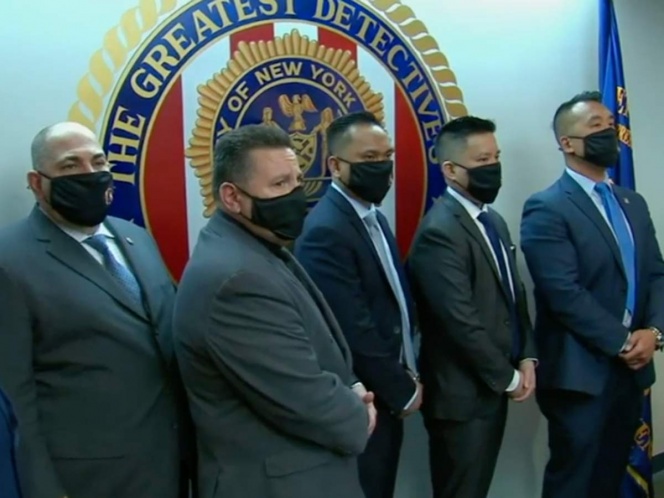 New York City Police said a 61-year-old Asian man was attacked by a man who kicked him multiple times in the head in East Harlem.

The New York Police Department reports that a 61-year-old Asian man was attacked by a man who kicked him multiple times in the head in East Harlem.

The man was collecting cans when he was attacked from behind, collapsing to the ground and kicking in the head minutes after 8pm. The police added that he was transferred to Harlem Hospital in critical but stable condition.

It may interest you: Life imprisonment for the perpetrator of the New York subway attack

In a security video released by the police, the attacker is seen kicking the victim’s head. The Police Department unit is investigating the case, the latest in a worrying increase in hate crimes against Asians in New York and in the country.

In a message on Twitter, Mayor Bill de Blasio described the incident as “outrageous”. “Make no mistake, we will find the attacker and he will be judged to the maximum extent permitted by law,” de Blasio wrote on Twitter on Saturday.

It may interest you: The United States will support Central America affected by climate change

The police did not release the victim’s name, but several outlets identified him as Yao Ban Ma, a former restaurant employee who lost his job due to the Coronavirus pandemic and collected cans to deal with him.

The victim’s wife, Bawzen Chen, 57, pleaded with the police to find the person who had attacked her husband during an interview with The New York Post.

READ  Less known places in Canada you should definitely visit

He said at the command, “Please grab him as soon as possible to get him to push.”

If you have any information regarding the horrific attack on Friday night, at E. 125 and 3rd Ave, we encourage you to call or send a message directly. Embed a Tweet 1-800-577-TIPS. pic.twitter.com/wNrCAuEdeu