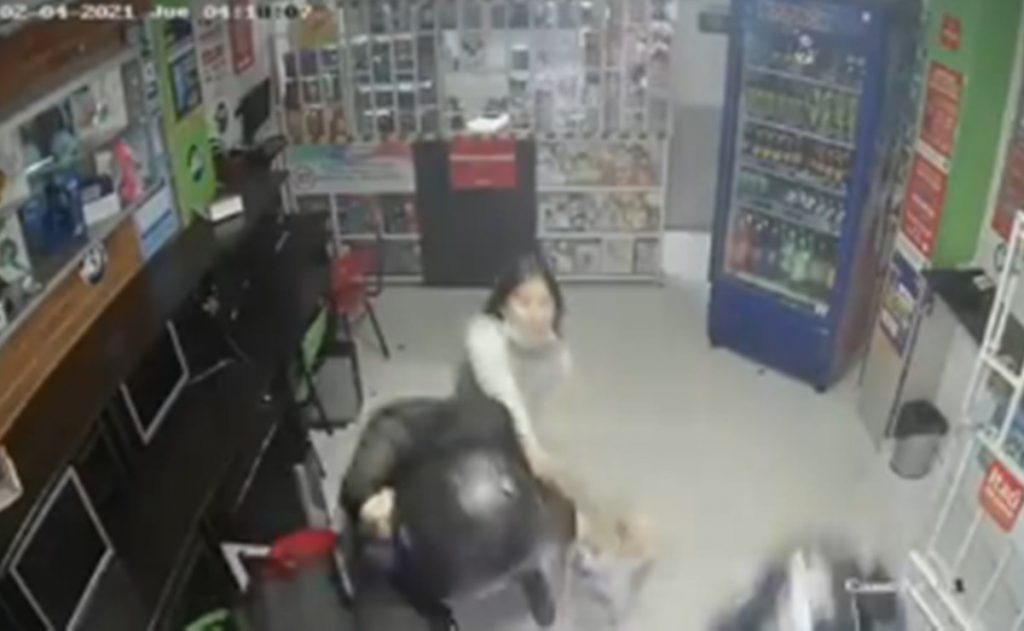 A 14-year-old girl encountered armed robbers who attempted to rob her mother’s house; The events were recorded in BogotaAnd the Colombia.

According to the local Caracol TV station, some criminals arrived on motorbike at a stationery store and tried to force entry to gain access to the local cash register.

For its part, Radio Blue reported that at the time of the events the owner of the building and her two daughters, aged 14 and 2, were present at the institution.

The mother of the minors tried to block the perpetrator’s path by standing in front of the entrance gate, but the thief responded by beating the woman hard until she stopped blocking the road. On one occasion, the thief managed to open the gate and pull the woman by the arm to remove her from the area where the cash register was located.

It was at that moment that the 14-year-old decided to respond, taking a scythe and confronting the robbers. The girl’s mother told Noticias Caracol, “While I was pushing him, she gave him machetes and he was holding back.”

It was recorded on a videotape when a 14-year-old girl encountered robbers armed with a machete who attempted to rob her mother’s house in Bogota. https://t.co/JK8CEuPzDL pic.twitter.com/Wpxvv23BNf

After the confrontation, the criminals shot the girl’s mother and fled the scene without achieving their mission.

According to Caracol, the woman was treated in a medical center and the bullet did not affect any vital organ.

The girl told Noticias Caracol that it was “neither the first nor the second time” that they had attempted to steal her mother’s house, and that she “was already thinking that if something happened, take the scythe and hit them.”