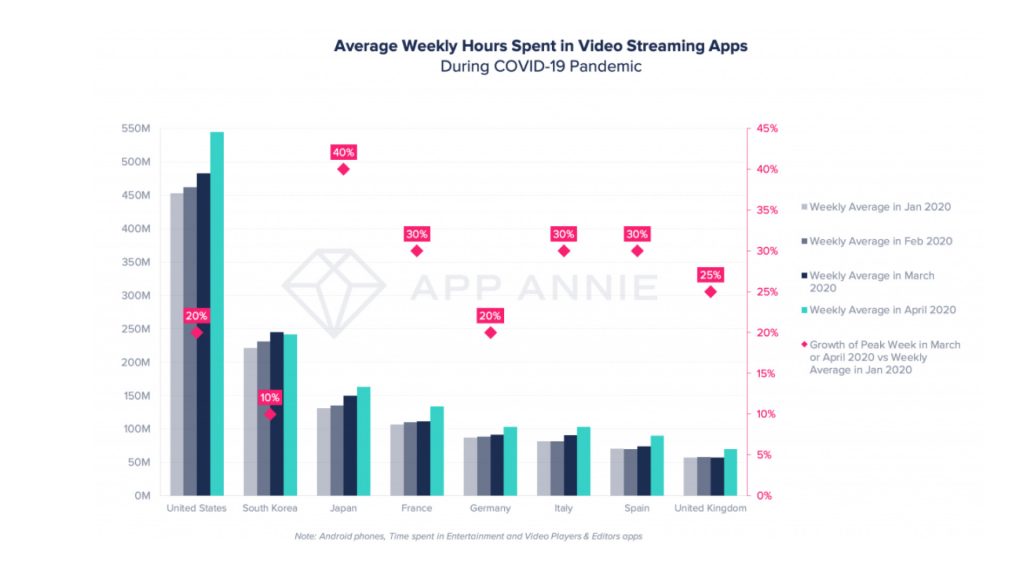 “The massive migration from live streaming to on-demand services and from the big screen to the cell phone started ten years ago, but the rivalry took it to a whole new level. In our study, we found that over the course of 2020, Americans spent 6% more time per day on a screen. Their cell phone compared to the time they spend in front of the TV screen. ”Company caption.

State Of Mobile 2021 showed that Netflix was the fastest growing entertainment product (in the past) in the following markets: Argentina, Brazil, Mexico, Australia, Indonesia, South Korea, France, Germany, Turkey and the United Kingdom. This is attested to by the company’s own numbers. Netflix closed 2020 with 203.66 million paying subscribers, + 21.9%.

Disney +, launched in November 2019, is ranked # 1 among the “best-selling” entertainment apps in the United States in 2020, and second in the United Kingdom, Germany and Australia. Disney claimed 87 million paying subscribers in December. The group believes it will be able to reach 260 million by the end of fiscal year 2024.

Despite the commercial success of the tallest video giants, it is the “cafe” video that has the most hours of exposure. YouTube tops the ranking for video streaming apps for time spent in all of the markets analyzed except for China.

Another interesting player in the broadcast war: Twitch. Amazon’s video game viewers channel ranks # 1 in the “successful” entertainment app ranking in the United Kingdom, Germany, France, Mexico, Brazil and Turkey. The company recently confirmed that its users watched billions of minutes of video streaming in 2020 (+ 78%).

In its 2020 Mobility Report, Ericsson said that, on average, a mobile user consumes 9.4 GB of mobile data per month, and this video is responsible for 60% of that traffic. The company expects the monthly total to increase to 21GB by 2024, with video accounting for 74% of data consumed.