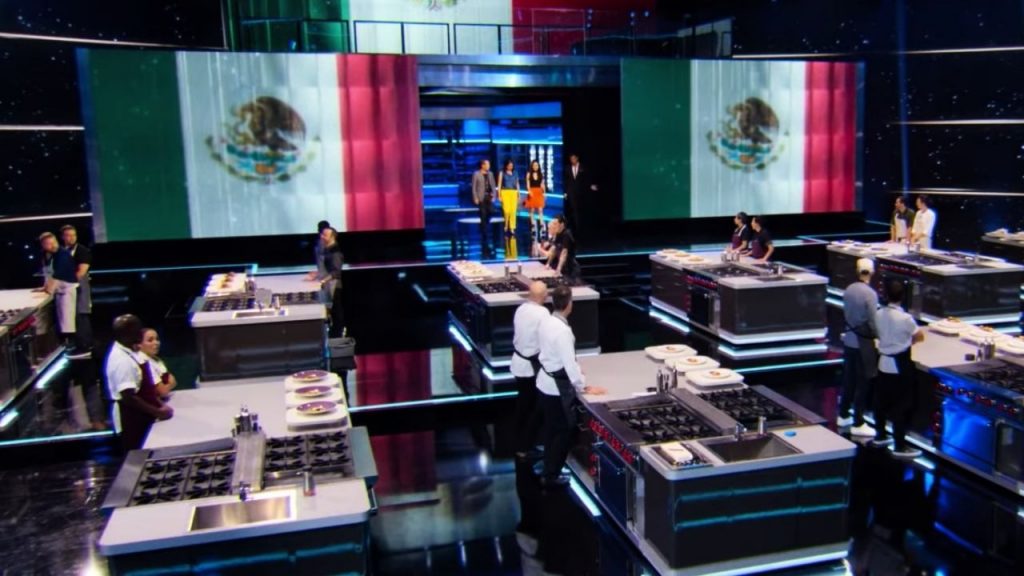 You may not be fond of being in the kitchen, or you may think that you can make a better dish than what you saw on TV. Whether you are an amateur or a professional, if you are a loyal follower of gastronomy programmes, a competition with interesting prizes can surely be a reason to have fun or daydream on a holiday.

If you are looking for that adrenaline that only competitions can give, we tell you Six cooking competitions to watch on different platforms flow, three of which are still one of the most crowded in the world. We tell you a little about them so you can decide your next favorite series.

1. Everyone at the table (Netflix)

This is a competition with the times as teams of chefs try to conquer the finest tastes with traditional dishes from different countries and are judged by the most famous chefs in each region, such as Claire Smith (UK), Enrique Olvera (Mexico) and Grant Achatz (USA), among others. .

El Gran Pastelero: Bake Off Celebrity México, is a contest with some famous celebs like Omar Fierro Cositas, Sergio Arau, Yuri, Lorena Herrera, among many others, who must bake cakes and impress some quite demanding rulers (Paulina Abascal, Jesus Escalera and Benito). Molina) that their cake is not only beautiful, but also tastes good.

16 teams made up of British families of different generations are vying to be crowned the best chefs in the country, facing various challenges such as a tight budget, making dinner at home or getting a free menu. The judges, relentless as in all competitions, Angellica Bell (Masterchef Celebrity UK) and Tommy Banks (UK’s youngest Michelin starred chef).

Close to the idea of ​​Shark Tank, but with the whole table set. In this competition, restaurateurs are given the opportunity to “open workplaces” of itinerants, where they organize a menu to receive diverse patrons, primarily a demanding group of investors who hope to impress them for an offer and create their own restaurant.

In this competition, five families, including both minors and culinary lovers, must create delicious dishes inspired by stories and Disney characters, immersed in a fantasy setting. Submitted by Angela Kinsey and judged by the judges of Walt Disney World, only one will be given a chance to win a magical prize.

Best leftovers ever! Oh hand to the leftovers! It is a competition in which skilled chefs compete for a cash prize of $10,000, all they have to do is take old leftovers from some not-so-creative dishes, turn them into elegant and gourmet dishes, and go on tours with different themes.