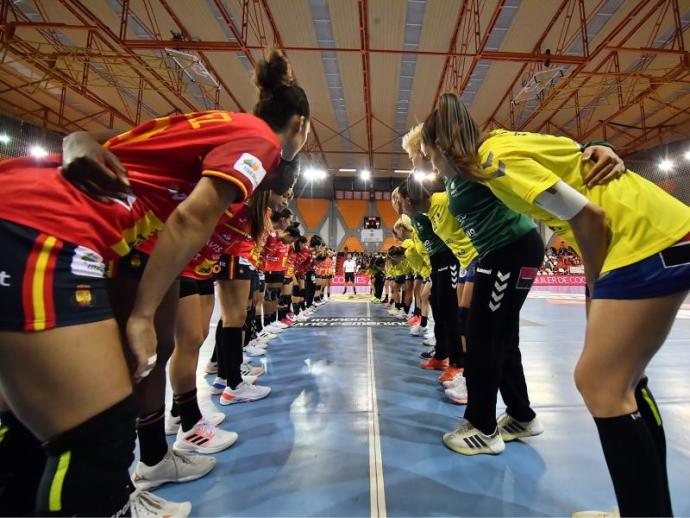 The Spanish women’s handball team passed the second and final test to prepare for the Olympics and beat Romania, which will not be in Tokyo, in a match that allowed Carlos Fever to test different systems and check the level of players.

Romania came out with a faster and more direct match than in the first friendly match to try to surprise Spain, a strategy that helped them take a lead with two goals from Seraficino, but after the first seven minutes, Sulley Lopez equalized (3-3). ) and Irene Espinola with two consecutive goals, put? Before.

Spain no longer lags behind during the first half, as the goal exchange between Mercedes Castellanos and Nicole Wiggins, with great interventions from both of them, which, combined with a good defense, prevented Romania from scoring, becoming more than five minutes unharmed. the locals.

Carlos Vivre’s selection showed a very complete game with substitutions, and was effective in the counterattack and also in more elaborate searches for – and finds – the wings, who successfully finished the attack. On the other hand, in foreign launches, “Warriors”? They were not immediately.

Romania, which was sporadic in the few shots on goal that the Spanish defense allowed, could not catch up with the local players and ended the first half with nine goals for Spain (16-7).

After the appeal, goals by Nerea Pena, Sully Lopez and Paula Arcos opened the gap on the scoreboard against the helpless Romania, which, without ideas, opted to hold the long holdings. Viver continued to test different systems and players, giving the quest in the goal in the second act to veteran Silvia Navarro.

The Romanian team improved in the second half relying on Anna Maria Tanase’s mileage goals with a few minutes of poor definitions at the Spanish start, but the difference on the scoreboard was great and they couldn’t create problems for the Spanish (32-19).

Referee: Soria Fabian and Mungo Ortega. They excluded Barbossa and Arcos from Spain, and Eli and Polocuser from Romania

Accidents: The second friendly match within the Olympic preparation of the Spanish national team, which was held at the Interncleos (Ovni) Pavilion in Puerto de Sagunto, in front of about 650 spectators.