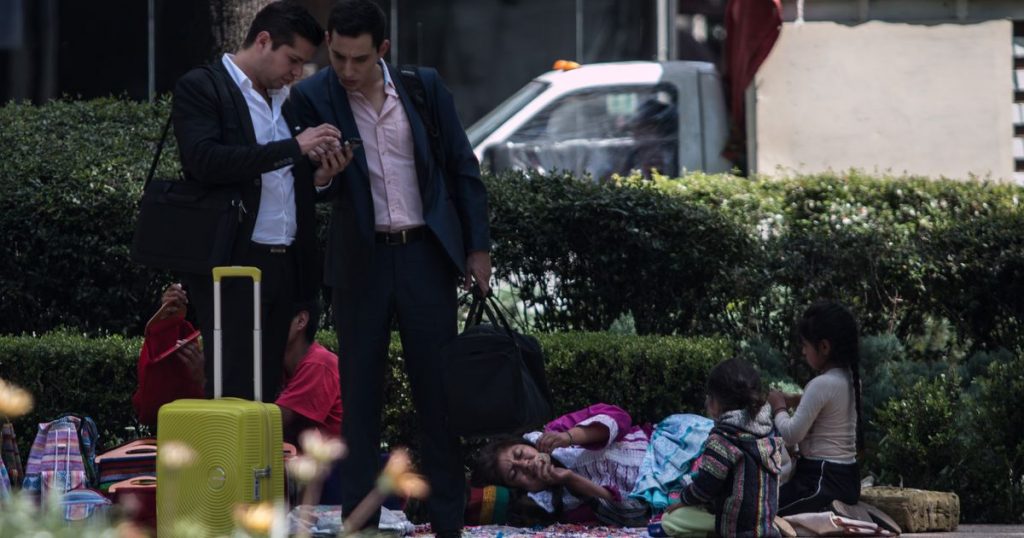 Latin America is the region with the second highest inequality in the world after sub-Saharan Africa, with Mexico, Brazil and Chile being the countries with the highest income concentration and, therefore, the highest level of inequality, according to the Regional Human Development Report. Management of the United Nations Development Program.

Given that Latin America is mired in a “high inequality and low growth trap”, these phenomena interact in a vicious cycle that limits the ability to advance on all fronts of human development. Besides the high level of inequality, the region is also characterized by volatile and generally low growth, as a result of low productivity.

Another distinguishing feature among the countries of Latin America and the Caribbean is high perseverance and low mobility in the region, which is not limited to education. Data from Brazil and Mexico show that intergenerational occupational persistence is higher in these countries than in the United States.

For Ernesto O’Farrell, president of Grupo Bursamétrica, Mexico’s inequality is the product of low growth and lack of investment, while the federal government’s social programs have made no difference.

“If there is no growth, there is no investment and there are not enough jobs, and as a result poverty increases,” he said, warning that inequality will continue to increase “as long as conditions remain the same, where trust does not return because it does not respect the rule of law, because it is still There are some public policies against private investment.”

“The second factor is to talk about a generation of companies that promote shareholders, companies with greater added value, and social responsibility that allow greater social mobility for families. The third element is the educational system to generate people who through knowledge can have this social mobility; as Public spending should have more social meaning, and not in relation to the welfare issue.”

With information from Guillermo Castañares.